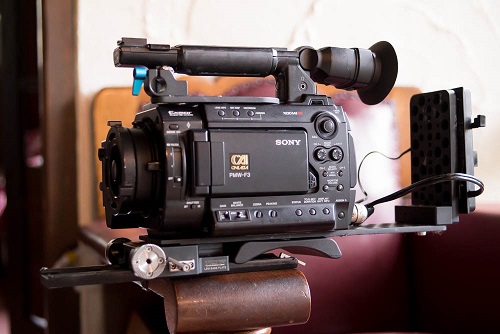 Answer: Arri Alexa SXT Studio of course! D’oh 😀
Except I think the SXT series is not yet shipping?

If getting an Arri Alexa is out of the question for whatever reason, next I’d dream of a Panasonic Varicam 35. Or after that, a Phantom Flex4K would be very dreamy to own.

Next on the list after those, Sony F65. Then Sony F55 or RED Weapon.

Anyway, you can see I’ve gone through soooo many options already (& I likely missed a few along the way), yet all of them are ultra expensive.

Thus we need to confront the fact PRICE does matter a *lot*! When choosing your next camera to own.

The cameras which I could own myself if I really stretched my finances to the max would be:
URSA Mini 4.6K, C100mk2 or Sony FS7 or maaaaaaaybe C300mk2 (but crazy Canon prices don’t appeal to me. Thus ruling both C100mk2 and C300mk2 out, but diehard Canon fans might think they’re worth a second look).
Or on the second hand market a RED Scarlet or Sony FS700 (with Odyssey for the 4K raw goodness).

That would be the short list of everything in that price bracket which is appealing, if I cast the net a little wider I’d include AJA Cion (but it appears to be very poor value for many, even after the price drop. It would need a second major price drop to be able to seriously get into contention), Sony F35 (but VERY big and heavy, and so old and expensive to maintain), and the KineFinity KineMini 4K (or maaaaaaaybe at an ultra stretch the KineMax 6K). The KineFinity cameras are *very* appealing, could even go on the initial short list, but I fear their complete lack of brand recognition could make them a hard sell to use on set and I fear what unknown difficulties there might be in dealing with a distant parent company with me being the only person in the country with one. Plus after the URSA Mini announcement KineFinity’s crazy good pricing no longer books quite as good as before.

Out of those, an URSA Mini 4.6K certainly is the most appealing, and for many weeks I had my heart and head set on getting that for sure at the end of the year. But as I said before, price does matter a *lot*….. it isn’t rational to stretch yourself to the max if you don’t have a clear plan to quickly recoup the cost.

Thus for many of us we should set our sights lower. Such as URSA Mini 4K. But I feel there are a lot of bargains to be found in the secondhand market with the older cameras, such as: Panasonic AF100 / Sony FS100 / Sony PMW-F3 / RED One (and of course the original Canon C100, or even C300, but I’m no Canon fan). And out of all of those which I listed in this paragraph, I find the Sony F3 to be the most appealing, which not at all coincidentally I just purchased and I’ll be going into further detail about the F3 in a later blog post (a photo of my Sony F3 is at the start of the blog post).

But I can say the F3 is easily far better than an AF100 or FS100, and based on my experiences shooting with a RED One I find a R1 in a practical sense to be inferior to a F3. Too early to compare with the URSA Mini 4K vs Sony F3, but the 4K sensor is the “same” as the one in the Blackmagic Design Production Camera, and I haven’t been too impressed with that (worse dynamic range and worse low light than my Blackmagic Design Pocket Cinema Camera) thus I wouldn’t be surprised if I find the PMW-F3 preferable over even the URSA Mini 4K.