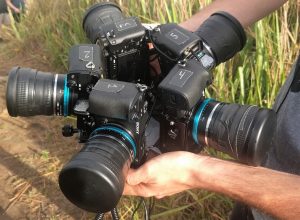 Interestingly in the url SAR refers to the rumor as being  SR5 rather than the SR4 it says now. Which means at the time of writing the SAR admin was almost certain about there being two full frame Sony cameras coming soon (then something happened to downgrade it one step to SR4).

It means almost no reviewer or press will get the camera before the announcement and the little info shared will come directly via Sony Japan. Just like it happened with the Sony A7II.

Hmmm… this rules out it being an A9. Or even being a breakthrough A7r mk2 with a 50 megapixel sensor.

This is my theory on what they are (as SAR admin says one is definitely E mount, and the other he doesn’t know if it is  E or A mount):

One camera will be an A5 (a lower end FE camera than an A7, and without an EVF) or an A7s mk2 with only an update that is a small refresh (such as sticking with more or less the same A7s, but adding internal 4K. But no IBIS, as a A7s with internal 4K *and* IBIS would lead to a bigger announcement than this). My hope is the latter of the two happens, but if doesn’t happen at least that means I can keep on hoping the A7s mk2 will be a *BIG* upgrade! (10bit 4K internal, S-Log3, user LUTs displayed, FHD 150fps, IBIS, PAL/NTSC switchable, better battery life, no clip limit, etc…. one can dream!) Plus would be kinda nice to see a Sony A5 announced, as a cheap FE option. (likely priced similar, or even less, than the soon to be announced Sony A7000?)

As for the other full frame camera from Sony, I suspect this could be the Sony A99 mk2. As it would make total sense for them to make that be a soft announcement, as it will allow them to keep their A mount users (kind of) happy for a couple more years but at the same time not allow a new A mount camera to steal too much thunder away from their main focus which is now FE mount cameras.

Another smaller possibility for their 2nd camera is it isn’t an interchangeable camera at all (though SAR didn’t mention that possibility), and it is a Sony RX2 (or rather a Sony RX1 mk2).  Though this strikes me as unlikely.

Of course yet another possibility that can’t be ruled out is the rumor is wrong! Could instead be a more mundane A7000 and RX100mk4 announcement with no new full frame cameras in sight! (well… relatively mundane, I’m still very keenly looking forward to see what Sony delivers with the A7000! Hoping for a camera so great I’ll be pre-ordering it. And I won’t be bothered at all if no new full frame cameras are announced, as I do prefer the APS-C / Super 35mm sweet spot. Or even Micro Four Thirds is a very nice happy medium size)