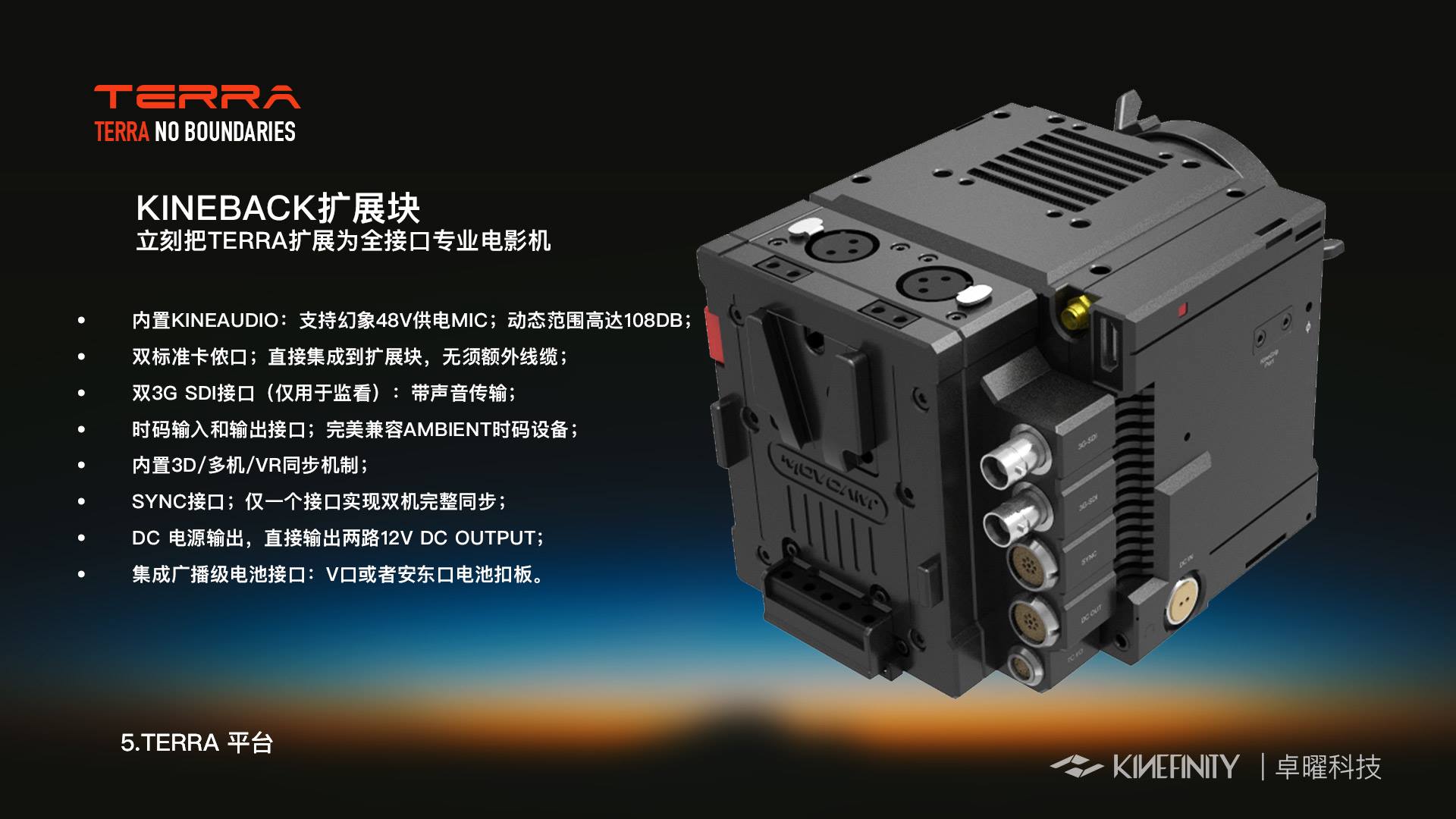 They all offer higher than 4K resolution in raw with a S35 sized sensor (although…. RED Raven barely barely squeaks in here as an option, because its max 4.5K option is only possible when shooting wide. Doing standard 16:9 and it drops down to “merely” 4K resolution, and its crop factor then ends up being closer to a Panasonic GH2 than a S35 camera! But you’re stuck with the awkward Canon EF mount with no way to speedbooster it to get a wider field of view from your lenses).

RED’s Raven and Blackmagic Design’s URSA Mini are no strangers to us if you’re followers of camera news, but Kinefinity unfortunately is unknown to many even though they’ve released many cameras over the years. And now yesterday they released the Terra 6K and Terra 5K! Here is a list of Kinefinity’s current cameras that they sell (which doesn’t include in this list their oldest models): 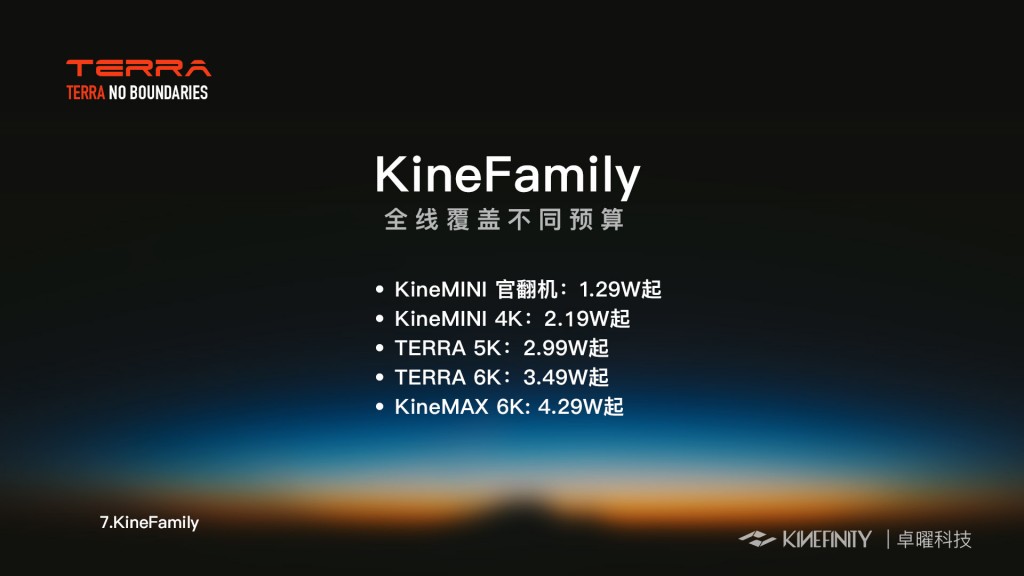 The Kinefinity Terra 6K has an impressive listing of specs, putting its features at near to RED Scarlet-W territory. And uses the proven Kinefinity 6K sensor which we’ve seen before with the KineMAX 6K can produce nice imagery, so hopes are high with the Terra 6K (the cheaper Terra 5K however uses a new 5K sensor which we’ve never seen anything from before).

So which of the top 3 low budget cameras with higher than 4K raw options would I likely prefer?

If you don’t factor in the price / support / brand name cred, then I’d go for a Kinefinity Terra 6K over URSA Mini 4.6K or RED Raven any day of the week.

However… in the real world those are factors to consider, thus here I go:

For brand name recognition it would rank: 1st) RED 2nd) BMD 3rd) KineFinity (“who??” Unfortunately would be a common reaction)

Customer support: 1st) RED 2nd) Blackmagic Design 3rd) Kinefinity (though the gap back to 3rd would be smaller if you’ve got a Chinese speaking partner to help smooth out the language barriers and provide a connection in China, which I do)

Price: URSA Mini 4.6K, then a Terra 6K would be roughly the same price or maybe a little more (or maybe even less, as the Terra 6K starts out more expensive but has radically cheaper media than a UM46, which would claw back the cost gap. So it depends on your personal configuration), and then finally last would be a complete RED Raven package which is about double the price of a similar UM46 kit (or even nearly 3x time the cost, once RED’s higher accessories costs are factored in). Which then simply rules out the RED Raven for me. (however, if you work in an environment where specifically RED is being requested by your clients over and over again, then swallowing the multiple times higher cost for a RED simply becomes the smart business decision to go for. Rather than buying a camera package which won’t get picked up and used)

And so I’d be left with a tight contest between UM46 or Terra 6K (cost is basically the same more or less, and arguably the support with Kinefinity isn’t “too much” worse than BMD?? Depends on your location in the world, and how much of a language barrier you’d experience personally with Chinese).

I’m feeling like leaning towards the Kinefinity Terra 6K!

A video shot with the Kinefinity KineMAX 6K (same sensor as is in the new Terra 6K):

Colours of Culture Bali (by KineMAX) from Kinefinity on Vimeo.

Kinefinity has put up prices now in English (so no more needing to translate Chinese, and convert RMB to NZD/USD):
http://www.kinefinity.com/shop/terra_preorder/?lang=en

Looking at that it would seem either the body only with the KineBACK + KineGRIP (about US$1.5K extra), or the Terra Pro Pack are the most interesting options (as I reckon a KineBACK is pretty close to essential to have as an option for professional shooting, and the KineGRIP is just so nifty to have if you want to slim down the Terra to merely DSLR size). Then kit out the rest of what is needed from your existing gear collection. If you need extra batteries they’re cheap (as the power draw of a Terra is less than half of a RED Raven or UM46, and BP-U batteries or V mount can be sourced cheaply from eBay), and media is cheap too (as you can use off the shelf SSDs if they’re fast enough, you don’t need pricey MINI-MAGs from RED or CFast cards).