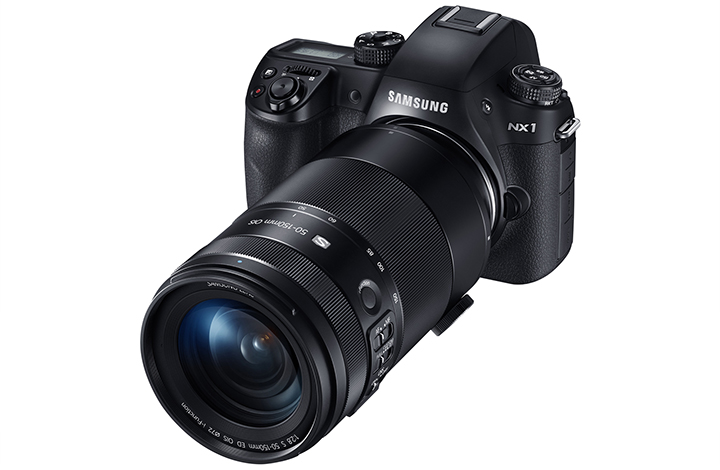 This is a shame because the NX1 and NX500 are best in class for video performance and features, in some ways for stills too. Perhaps Samsung should consider building a professional $3000 cinema camera based around the Super 35mm sensor in the NX1 which plays on their astounding technological strengths

Andrew Reid suggested Samsung should make a cinema camera, and thought that is such a great idea it deserves its own detailed response thus this blog post . (waves to Samsung reps! Hopes they’re reading…. one can but hope!)

I don’t think it would take much more to get there (well…. it would be a significant sized project for Samsung for sure, but easily well within their grasp to pull off). Because the Samsung NX1 is already such a fantastic video camera! The best at its price point, and arguably the best stills camera for filming with at *any* price point! Even over a year later since the Samsung NX1 was announced. (yes, I’m even including the new Sony A7s mk2 in this comparison! Though what is “best” at this point can at times get to be highly subjective, depending on what you place more or less weight on as being important) Thus we could easily imagine how great a pro version of the NX1 focused on filming (rather than photo stills) could be….

All Samsung need to do is increase the size of the NX1 body the minimum amount needed so it can do this (perhaps C100/C300 shape/size? Although, I’d much much rather have the ergonomics of an FS5/FS7! But even if, g-d forbid, it has the shape of an FS100/FS700 then I’d still be “ok” with that that!):

I think if Samsung did this (and nothing else, just the five points listed above: mSATA + DNxHR/ProRes + XLR + full HDMI + SDI inputs) for US$3,000 then they’d have a huge huge indy cinema camera hit on their hands! The next DVX100 or 5Dmk2 of our generation??

Even if it came out at US$5k I reckon it could maybe still be rather successful, although it would be up against the URSA Mini 4.6K, Sony FS5, and Canon C100 mk2, all at a similar price point. (plus whatever else comes out in the next 6 months)

For bonus points Samsung could do:

What are your thoughts? Write a comment below! Remember, it should be based on the existing underlying NX1 technology (so not too much more R&D is needed for Samsung to get it to market. As even this limited list would take a huge effort on Samsung’s part to make happen) or using commonplace readily available tech (such as mSATA, or SDI connections) and hit a US$3k price point or at least not more than a couple thousand over that.

Amazon is having a bit of a special right now on the Samsung NX300/NX1000/NX2000. Thanks to my friend Theuns for giving me the heads up about this deal.

Picked up a NX300 for myself, if it is as good (or even better) as a Panasonic GH2 (as some people have said…) I’ll be very happy! Plus it makes for a very cheap entry point into the NX system, who knows… I might get a NX1 later this year? (still haven’t made up my mind about NX1 vs A7s vs GH4! Leaning strongly towards GH4, but in no rush at all to buy an expensive top of the line mirrorless camera. I’ll probably go for whichever one gets the first *big* discount price drop this year. Maybe instead of my intended plan for next wedding season of 5x GH1 + GH4, I will go with 5x NX300 + NX1, who knows! One of the exciting aspects of this area, is video technology and pricing is always changing so fast, you never really know what might be around the corner…. and always need to start sharply informed)

One of the really exciting features of the Samsung NX300 is its 3D filming capabilities, which I’m looking forward to exploring even though it is a rather nichey niche area these days that as lost its place in the sun as the current fad to be replace by 4K being all the rage (which I have to admit, actually will be much more useful than 3D!). As ever since Jeremy (who used a NX300, and now a NX30 + NX1) opened my eyes to the NX series nearly a year ago (long before the famous NX1 was released and caught everybody’s attention!) and the NX300’s groundbreaking 3D filming,I’ve been interesting in getting one of them for myself one day.  Well, now I shall! As soon as it gets here from the USA.

In Jeremy’s own words:

The new range of Samsung NX cameras are the answer for budget film makers, the quality and low light performance is superior to your normal DSLRs for filming with. Couple that body together old glass and it creates the perfect split between new tech and original looking optic quality.

Also the 45mm 3D lens provides spectacular 3D footage. And the camera has been exposed to light rain and didn’t skip a beat.

In closing I’ll mention one negative about the NX system. That it is rather a pity about Samsung’s lens mount, it was a very poor decision by Samsung to make it so long, such that a focal reducer can’t be made for it (well Metabones says it can’t be done. But technically speaking it could be done). Though if they should next release a “NX2” model which uses all that extra empty space to put ND filters in there, then I’ll be a very happy man! And can even perhaps forgive them for their horrible choice in flange length for the NX mount.